Meet The Members Of The Band 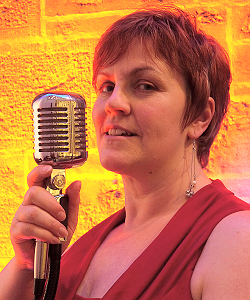 As well as jazz, Lynn has sung with gospel, blues and soul groups, and big bands. She always uses her incredible range and technique to create exciting interpretations of songs and to make them swing so hard you just have to dance. Not many people know that she teaches swing dancing and her love of the fantastic music that goes with it steps over into her singing creating rhythms and shapes that'll sweep you off your feet. 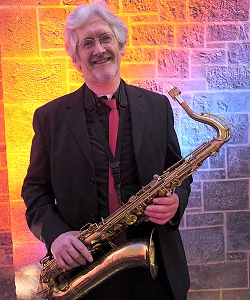 Ric has a broad musical experience going back, well, many years. He's played in jazz, rock, soul, reggae, big bands and avante-garde free form groups. He loves them all but jazz from the 30s to the 60s has a special place in his heart. Melody, interesting harmonies and irresistible rhythm are what turns him on. And misbehaving comes naturally to him. 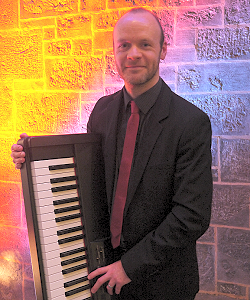 Some people say Paul was born with an ivory spoon in his mouth and that he played his first note when three days old. However, he soon discovered the other 87 notes on the keyboard and, armed with that, he went on to play in blues, soul and jazz bands of every description. He can do a mean classical turn too but he doesn't talk about that. His excellent comping and inspired solos are cornerstones of the band's performance. Paul rarely misbehaves. 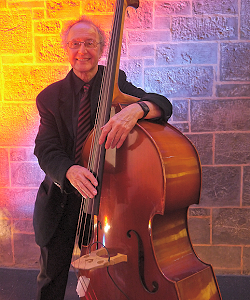 Mike's career as a professional bass player has taken him all over the world and the list of performers he's backed and recorded with reads like a Who's Who of jazz and popular music. Believe me, you've already heard Mike play bass, it's just that you didn't know it was him. His artistry on the string bass lays down the foundation of Just Misbehavin's driving rhythm. 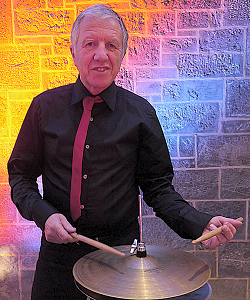 Ted's musical activity began on piano when he was six but he soon found drums made more noise and he was more excited by that. He was a child prodigy earning money for drumming at thirteen (is that legal?). He drummed his way through the glorious sixties ("if you can remember it you probably weren't there") and is still going today having played all types of music in a variety of venues from damp marquees to high-class ballrooms. He says Just Misbehavin' is a fantastic band - right answer Ted, you’re in.